Cryptocurrencies are hot! Upon closer inspection, they are a bad idea coupled with a brilliant technology. The technology will be broadly applied and even accepted by central banks. Existing cryptocurrencies are less likely to get this seal of approval. For good reasons.

Since the dawn of money, it has served several purposes, among them as a means of exchange and a (shorter term) storage of value. For centuries gold and silver served these roles. Unfortunately, even gold and silver can be watered down by adding cheaper metals. Monarchs and sovereigns consolidated their power by taking the role of securing the value of money.

They did it by putting a stamp on a slice of gold or silver, guaranteeing its purity. Banknotes were invented and gained public use, because they carried an explicit promise they could be exchanged for a bit of gold.

Until 1971 most central banks maintained the illusion that their currency was “backed by gold”. In 1971, the US Federal Reserve suspended gold convertibility for bank notes and since then, it has been the power of the state that provided guarantee for the value of money.

Over the past 10 years we have witnessed the evolution towards digital money at the expense of physical bank notes. Today we all pay with bank deposits. Their value is again guaranteed by the state through the deposit guarantee schemes. And most importantly, the states will receive tax payments in either cash or bank transfers, confirming their status as “legal tender”.

Fiat money is immoral and dangerous

Quite a few people have been unhappy about this construction. Libertarians are critical of the fact that it is only the state, who can create money by “fiat”, ie. by decree. They rightly point out that historically, kings and failed states have misused this privilege badly to the detriment of ordinary folks. Monarchs unfortunately also traded in adding cheap metal to gold coins. Failing governments have printed truckloads of worthless banknotes.

Romantics are unable to understand how it is possible to have money without the lure and mystical qualities of the metal of the gods. They base their views on an age-old mystical relationship to gold, which today has little use. Why would anybody attach a special value to a metal essentially useless except for jewellery? But at least gold is rare? Try palladium.

Quite a few normal citizens and a lot of criminals have been unhappy about the fact that the state with increasing efficiency can trace money. They believe that their money is their secret and would never dream of having a bank account. Cash is king, even if issued by the government.

Just think of Netflix’ brilliant series “Narcos”, where drug kingpin Pablo Escobar has a team employed to dig holes in the in the middle of the jungle to fill with banknotes and then map the stashes. Just to avoid that the state could lay their hands on the results of his criminal activities.

Cryptos to the rescue

In comes Bitcoin – a combination of a really bad idea and a brilliant technology.

Bitcoin and similar is libertarians’ and criminals’ wet dream. It has been such a success that we are now literally witnessing the creation of a new “cryptocurrency” each month.

Bitcoin was first described in a white paper by an anonymous person or group of persons called Satoshi Nakamoto, whose identity is still uncertain.

It is a combination of electronic “tokens” representing the “value” and the blockchain technology which makes it possible to keep track of every transaction in bitcoins and a register of the holders of the tokens.

At launch it was said that no more than 21 million bitcoins would ever exist. Why 21? It is half of 42 – the number that gives the answer to life, the universe, everything. (courtesy of The hitchhikers guide to the galaxy).

Anyway, it was made equally clear that the blockchains would never be made available to public authorities, so all transactions could happen in perfect discretion.

Gold romantics are happy about bitcoins have been created even more rare than gold. Maybe they are also mystically attracted to the lure of technology instead of the lure of gold.

Normal citizens unhappy with the increased intrusion of the state in their affairs, are happy that the blockchain technology screens their transactions.

Due to the flexibility of the blockchain technology, anybody including libertarians can now act as their own central bank, hoping that their own cryptocurrency will gain in popularity and make themselves fabulously rich in the process.

And because every person, man, woman, camera, TV can create their own cryptocurrency there are three huge problems with cryptocurrencies;

There is no backing of the value they claim to represent

The existing cryptocurrencies are not legal tender

Would you buy a car that could dematerialise overnight and where no public registry confirmed your ownership, with zero production cost, with no wheels? Yes of course, if somebody else would come and buy it from you at a higher price.

Issuing cryptocurrencies can end up being just like a government printing banknotes to cover its excess spending, as long as holders do not lose confidence. The inventors and issuers of cryptocurrencies hope that they will be ones to profit from the “minting” proceeds, while only offering a fraction to share with those who operate the entire infrastructure at no cost to the issuers (“Bitcoin mining”).

There has been a considerable pressure on central banks to condone transactions in Bitcoin or its competitors. Wisely, the central banks have kept their distance. Issuing money must be a controlled process, subject to some kind of democratic control. It cannot be left to anonymous treasure hunters. Or as history shows, to irresponsible politicians outside democratic control.

The people behind the privately issued cryptocurrencies are not freedom fighters against a tyrannical state. They are just people trying to get rich.

The blockchain technology is proving a very useful thing. Shipping companies already use it for tracking of shipments. It could soon redesign the entire infrastructure of the financial payments system making it more efficient and more secure. Soon investment funds can be distributed across Europe using blockchain technology and so on. The possibilities are legio.

We cannot think of one single reason why a central bank would condone cryptocurrencies, In our mind there is no doubt that central banks (see Bank of International Settlement, and Peoples Bank of China) will embrace the concept of electronic money, but they will have each their own, so they control how much is in circulation. They need the transaction chains to be entirely transparent for anti-money laundering purposes, while at the same time handling personal data regulation (GDPR).

Once central banks finally decide to issue eEUR, eGBP and eEUR,  they will all have status as legal tender. It is our guess that  government backed e-currencies eventually will lead to the demise of the current cryptocurrencies.

Let us put it simply: investors in cryptocurrencies are building their investments on the expectation that the price will go up on an asset without any inherent (or government-backed) value.

There is little chance that governments across the world or should relinquish their monopoly on fiat money.

400 years have passed since the tulip mania and society has evolved, but human nature remains unchanged. Investing in a cryptocurrency is based on the hope that somebody will come and offer you more for your holdings than you paid yourself.

This is a well-known phenomenon, known as “the greater fool’s theory”. The Dutch had their tulip mania. The Brits had their South Sea bubble. The tech people had the dot-com boom. 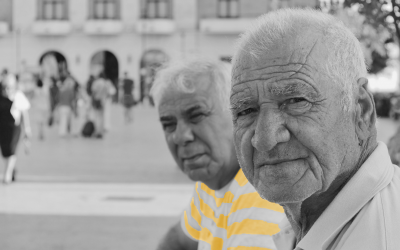